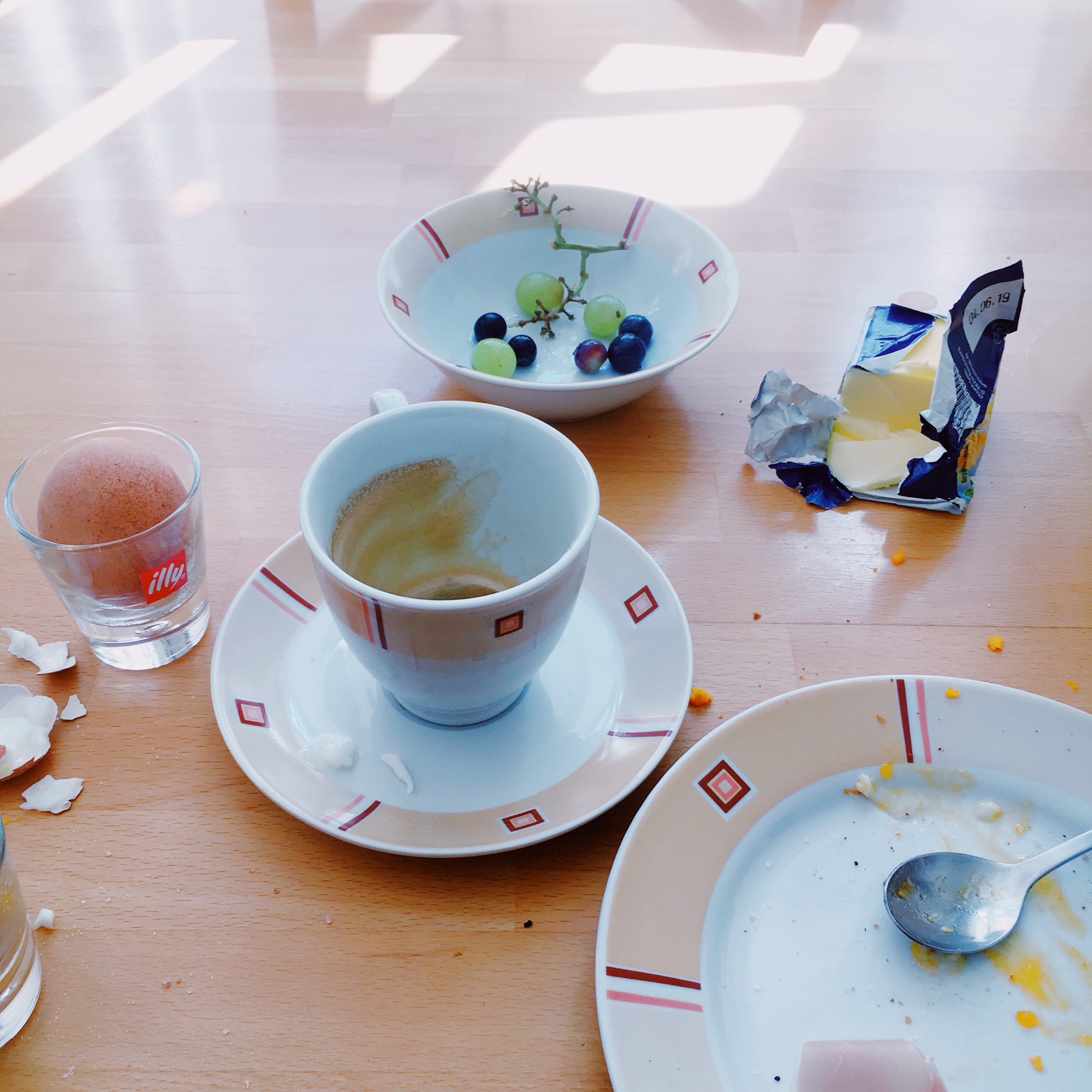 For the first time in ages, I sat down and had a proper breakfast.

I made a spread of dippy eggs, toast, Serano ham, grapes, blueberries, coffee, and grapefruit juice topped with bubbly water. I had it all to myself. Which some may think is a lot of effort for a solo breakfast on slow Saturday morning but, it’s not.

I was inspired by Call Me By Your Name, which I’ve managed to watch twice in the past twenty-four hours.  It will make you want to spend a summer in a slow Italian town, ride bikes, listen to 80’s and classical music, speak Italian, speak French, hell even some German, go for a swim in a lake, lay in warm grass and fall in love. All things I intend to do this summer.

I loved the scenes where they sat down for breakfast outdoors and had big spreads, of simple things, that when put together felt like luxury.

So, I opened all my windows, put on the soundtrack, made myself breakfast and thought.

I thought about this life I’m creating for myself and how it feels so different from NY; how already I feel more patient, more relaxed. I thought of all the languages I want to learn and mumbled to myself in French and Spanish and Italian and German. I don’t yet know how to ask how much something is in German but I can say it in a few other languages which means something. Sometimes I think if I don’t know everything then I don’t anything but that’s just not true.

As I dipped my toast in my custard-like egg, I  thought about a past love who used to look at me and say, “You’re a good woman,” and sometimes when I need a reminder I hear his voice.

I pulled apart my ham, grabbed a few blueberries and listened to the kids playing outside and dreamed of my future children. I noticed the man across the street who opened his windows and smiled as he shielded his eyes and looked up at the clear skies. I thought about writing a novel.

I sipped my coffee considered what I was going to wear today and looked at lilies on my kitchen table.